Ear Infections and Antibiotics – The Truth Every Parent Should Know 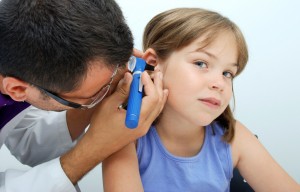 Ask most any parent  about ear infections, and you will most likely hear one horror story after another.  Ear infection, or Otitis Media, is the most common reason for visits to the pediatrician’s office. It is estimated that over 30 million visits are made every year in an attempt to deal with this problem.

Otitis Media is the general name for several conditions affecting the middle ear.  The most common symptoms are earache, a feeling of pressure, and perhaps difficulty hearing due to increased amounts of fluid.  Teething often produces similar symptoms, therefore one must carefully observe before jumping to any conclusions.

Historically, the treatment for ear infections has been antibiotics.  This method of treatment has come under severe attack over the past several years for many reasons.  The first reason is that the overuse and over prescription of these antibiotics has led to what is termed “antibiotic resistant bacteria”.  These bacteria have ‘evolved’ and changed so that the antibiotics no longer effect them.  Because of this phenomena, stronger and stronger antibiotics are being used, which is leading to more and more resistance.

Another reason use of antibiotics has come under fire is because study after study has demonstrated that they are not effective.  In other words, they don’t work!  This is why so many children are on one antibiotic after another, stronger and stronger each time.  Sure, many times the infection will go away, but it quickly returns with a vengeance, and so begins the antibiotic roller coaster.

The reasons they continually reoccur are twofold: First, antibiotics kill off most bacteria in the body including the helpful ‘good’ bacteria our bodies need.  This depletes our children’s natural immune systems, making them vulnerable to many more infections of varying types.  Second, antibiotics merely attempt to treat the symptom of ear infections.  They do not address the actual cause in the least bit, and therefore the infections return.

The real question then is what is the cause of ear infections?  The reality is that ear infections themselves are merely a symptom of a greater problem.  The vast majority of them are secondary to a cold or other infection, which may be due to a depressed immune system.  The other more physical reason children suffer from ear infections is because of the actual anatomy of the young ear.  In children, the eustachian tube is nearly horizontal, gradually acquiring a near 45 degree angle.  This often slows draining of these tubes, allowing fluid to build.  Like most any stagnant fluid, infection may appear.

The obvious question from most parents now is: what can we do?  The answer lies in a new level of thinking.  As a chiropractor, my primary objective is to address the root cause of health problems.  Treating symptoms, as mentioned earlier, has been proven unsuccessful at best.  When dealing with your children and their ear infections, my goal is to correct the actual cause, and to allow the body to function at it’s optimal potential.

There is a direct link between the nerves in the neck (the superior cervical ganglion), the  muscles of the eustachian tubes (tensor veli palatini) and the middle ear.  Let me explain:  The middle ear drains any fluid through the eustachian tubes.  These tubes open and close through the action of a muscle, which is controlled by a nerve.  This nerve originates in the neck.  When this nerve is not functioning normally, the tensor veli pallatini muscle may go into spasm, which constricts the eustachian tube, restricting drainage and causing fluid build up in the middle ear.  This fluid, combined with a stressed immune system, may result in an ear infection.

Through advances in technology such as Surface EMG and Thermal Scans, a chiropractor can easily detect if subluxations are present and monitor their correction as well.  This enables the doctor of chiropractic to be accurate and objective, allowing you the best care possible.  Treating the symptoms of ear infections with antibiotics has proven to be ineffective.  Correcting the cause through chiropractic has been shown to help over 80% of all children suffering with ear infections.  Give your children a fighting chance with chiropractic.  It could change your lives!

I am a Chiropractic Wellness Consultant in NW Portland, OR, in the heart of the Pearl district in Portland. I focus on prevention and am extremely passionate about taking care of the young before damage occurs. I utilize numerous technologies in the field of Chiropractic such as Thermography, Electromyography, Heart Rate Variability, B.E.S.T. KST which enable me to help people with chronic pain, learning disorders, ADHD, allergies, injuries, depression, anxiety and other ailments that are caused by having vertebral subluxation
View all posts by Dr. Marina Zaré →
This entry was posted in Children, Newsletter and tagged birth trauma, children, chiropractic, chiropractor, disease, drugs, ear infection, ear infections, headaches, healing, health, healthy, kids, pediatric chiropractic, pediatrics, wellness. Bookmark the permalink.